Photo by Christy Porter
Erik Badgett (center) gives the ‘Right On’ sign as he wins the kayak in Saturday’s draw. John and Cherie Kissiar introduced Badgett to kayaking. 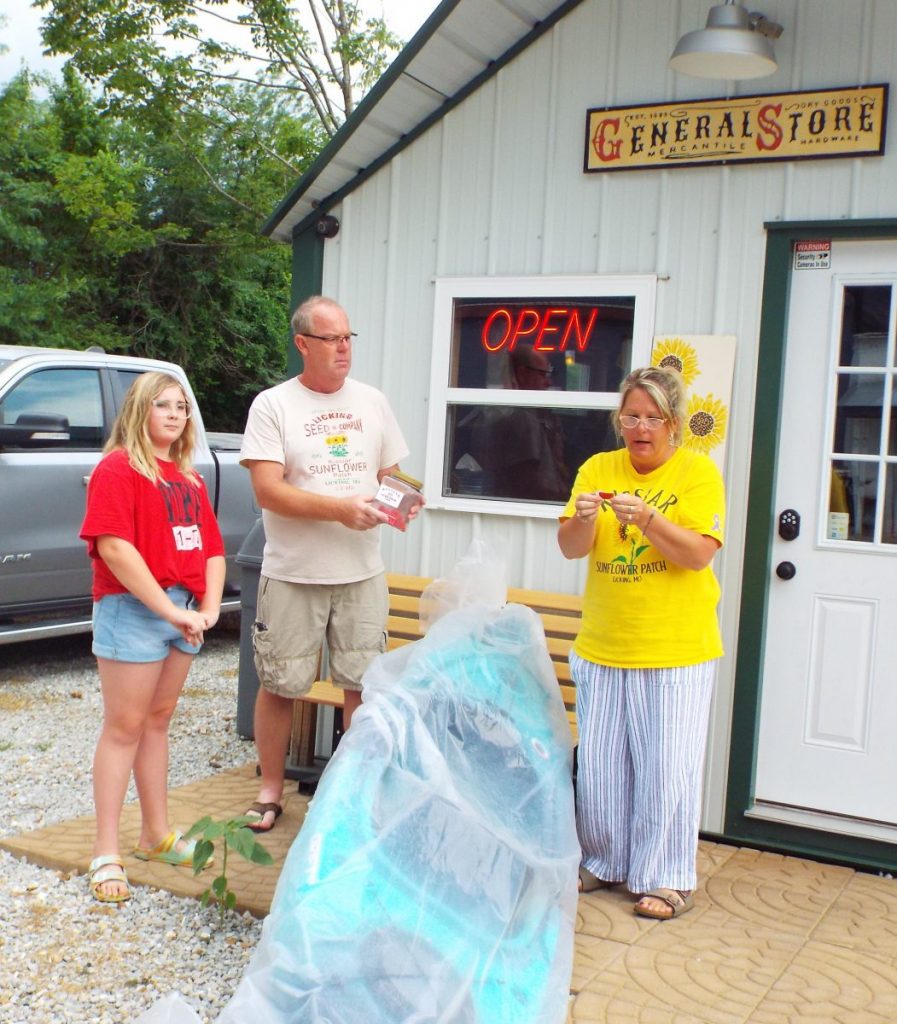 Erik and Cindy Badgett were the lucky winners of the Kissiar Sunflower Patch Kayak Raffle held at 12:30 p.m. Saturday. Lesa Haneline, there with her family, drew the winning ticket for the Badgetts.

The new Perception Drift 9.5 Dapper kayak comes complete with oars, needing only water and a kayaker for a fun float.

Kissiar Sunflower Patch, located at 115. N. Main St., was open from 11 a.m. to 1:30 p.m. Saturday for the raffle and to give customers the chance to adopt a sunflower early, with a card to place when Blooming flowers. The general store was also open, with many new items available for purchase.

John and Cherie Kissiar plant and tend the field of sunflowers as a living memorial to Bret, their son. It represents new life, a new beginning and can be part of the grieving process. Proceeds from the sunflower plot, gift shop, and fundraisers such as the kayak raffle are used to sponsor a sick child and their family on a trip to Disney or another destination, in honor from Brett.